What is a Funeral Wake?

The importance of social traditions as part of mourning

Depending on who you ask, the term “wake” could mean something different. For some people, a wake is the same as a visitation or viewing before the funeral. Other people might call the reception after a funeral a wake. For Catholics, a wake might mean the rosary or vigil.

These practices are all quite different, but are all rooted in a desire to honor the dead. A wake is a chance to see a loved one for the last time and make final goodbyes. It’s also a chance for a community to gather in grief for mutual support. And, sometimes, to share a bit of laughter, to recount fond memories, or even create some new ones.

A brief History of wakes

Contrary to popular belief, “wake” in this context has nothing to do with waking up. Instead, its roots trace back to Old English and Proto-Germanic words meaning “to observe” or “stand guard.” The idea was to keep vigil over a body for the days between death and burial.

The wake was usually a community affair, with family members, friends, and neighbors coming to pay their respects. This was common practice in ancient Celtic culture and remained the norm in Ireland and among Irish immigrants in America until the early 1900s.

Some cultures still hold this type of vigil. The Jewish practice of Shemira is very similar and remains a part of Jewish funeral custom today. In Mexico, the velorio serves a similar purpose, with family and friends gathering at a home, church, or funeral home to pray over their loved one in the days leading up to the funeral.

The power of a community gathering

The reason some people refer to the funeral reception as a wake is that Irish wakes in particular have traditionally been associated with festivities. While holding vigil over their loved one, families would also offer food and generous libations. Singing, laughter, storytelling, drinking, and even playing games were all essential parts of the tradition.

Grief is complicated, and having space to celebrate life alongside mourning death is an important part of working through the emotions that accompany a loss. Not every funeral reception will have a celebratory tone, but it’s important to give yourself space to reflect on good memories.

Why it’s important to sit with death

The idea of simply spending some time near the body of your loved one is one of the most important aspects of the wake and a ritual that holds real healing power. This is why viewings, visitations, and open-casket funerals all continue to be common elements of funeral tradition.

Your brain takes time to process the reality of loss. After someone dies, the first response is often shock or disbelief. Seeing your loved one’s body helps you to accept the physical reality of the loss. It can bring closure and a sense of finality.

A long time ago, most people died at home and their family members would wash and dress the body themselves. This ritual was important and helped with accepting the loss. Now, it’s more common for people to pass away in a hospital or nursing home and be immediately attended to by a healthcare worker. If you don’t make a point of seeing your loved one again, of touching their body and saying goodbye in person, it’s more difficult to gain the same sense of closure that helped our ancestors through grief.

Helping to arrange these personal goodbyes is an honor, and never one that we take lightly. If you need help planning a loved one’s funeral, we are available at 505-275-7200, or you can visit us at any of our Albuquerque funeral home locations. 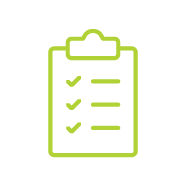 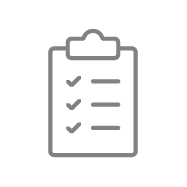 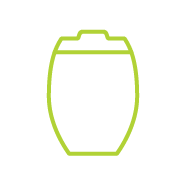 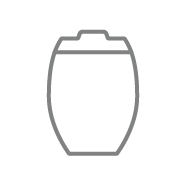