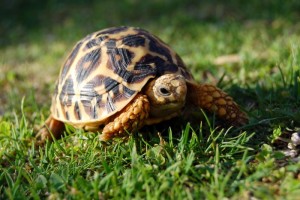 Garry Girard Crollett, 64, of Rio Rancho, New Mexico, passed away on May 9, 2022 after his long battle with COPD.

Garry was born on November 13, 1957 in Albuquerque, New Mexico.  He was his own man and always marched to the beat of his own drum.  After graduating from Del Norte High School, Garry worked for the City of Albuquerque in the Animal Welfare Department for 28 years when he retired.   He was a practical joker with a generous heart of gold and he was known for his friendliness and he never hesitated to let people know that he loved them.  He was a lover of animals, especially his turtles and his dogs and was a music afficionado who loved The Beatles, The Doors, Cat Stevens, Janis Joplin, The Beach Boys and Bob Dylan, to name a few, which he would play to his nieces, Roxane Rohde and Ronda Crollett when they were young.  His favorite song was "A Beautiful Morning" by the Young Rascals which he would play over and over.

Church services will be held on June 7, 2022, 11:30 a.m. at Our Lady of Assumption Parish, Lomas and Tennessee. His ashes will be buried at Mt. Calvary Cemetery following the service.

To send flowers to the family, please visit our floral store.