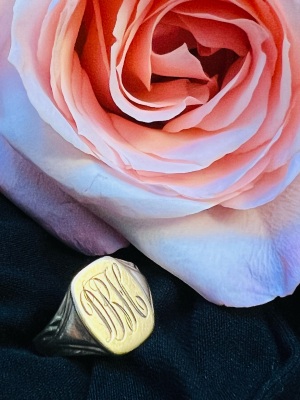 David "Dave" B. Hill, age 96, left this earth to join the angels in heaven on May 11, 2022. His passing was peaceful, surrounded by family, their love and the sounds of one of his favorite Frank Sinatra albums.

Dave is survived by his lovely wife of nearly 70 years, Norma A. Hill; children, Laurie Johnson, Kathleen Kantola (Kenneth), Sandra Mullville (Thomas) and Scott Hill; along with eight grandchildren and nine great-grandchildren. During his lifetime, Dave built a successful career, cared deeply for his family and enjoyed meaningful friendships through Albuquerque league sports.

All beginning in Hackensack, New Jersey, born to David and Mary Hill in 1926, Dave joined the U.S. Air Corps immediately out of High School. He served in the 715th Bomb Squadron as a B-29 Superfortress Gunner and was awarded American Campaign and WWII Victory medals.

After serving, Dave attended the University of Vermont as part of the graduating class of 1950. Career ambitions then brought Dave to Albuquerque where he worked in Human Resources beginning at Sandia Labs, ending with his 1991 retirement from Elastamold.

In his retirement years, Dave served as the President of the New Mexico AARP. He enjoyed walking the trails at Sandia Peak, skiing, golfing, playing tennis at the Albuquerque Tennis Club, and the comradery of his Bear Canyon softball team.

A Celebration of Life Service will be held Tuesday, June 21, 2022, 10:00 a.m. at FRENCH - Lomas.  He will be laid to rest with military honors at the Santa Fe National Cemetery.

In lieu of flowers, if you are inclined, we ask that you send a donation to the charity of your choosing.