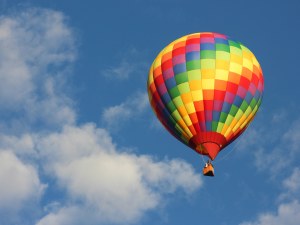 Raymond L. Peabody, 83, of Albuquerque NM, passed away on Monday, August 12th, 2019 at the Memory Care Unit of The Woodmark at Uptown.

Raymond was born in Omaha, Nebraska, to Charlton and Helen Peabody.  He assisted his father in his electrical/plumbing business and later attended Central Technical Institute in Kansas City, MO where he was recruited by Sandia National Laboratories in 1959.  While he officially retired from Sandia in 2003, he continued to work as a contractor until the age of 80.

He and his wife, Catharine, were married from 1963 until her passing in 2015.  He is survived by his children, Margana Huff and her husband Rob,  Jacqueline Peabody, Martin Peabody, and Gail Richards; grandchildren Jennifer & Dennis Storey, Jeannie Nalley, Catie & John Oostdam, Jessica Peabody, Samantha Savage, Alex Richards, Angela & Patrick Hughes, and Adam Richards; great-grandchildren Kayla Storey, Dennis Storey Jr, Olive Oostdam, Amelia Oostdam, Morrigan Smith, and Bosten Richards.  He is also survived by his sister, Helen Ramos, his brother Edwin Peabody and his wife JoMarie, his Aunt Rose, and numerous cousins, nieces, and nephews. Also touching his life were caring staff members at Atria Vista del Rio and The Woodmark at Uptown where he spent his last months. He was pre-deceased by his parents, Charlton and Helen Peabody; sisters, Margaret and Ruth; his brother, Harry, and his wife, Catharine.

The family requests donations to the Alzheimer’s Association in lieu of flowers.

To send flowers to the family or plant a tree in memory of Raymond L. Peabody, please visit our floral store.